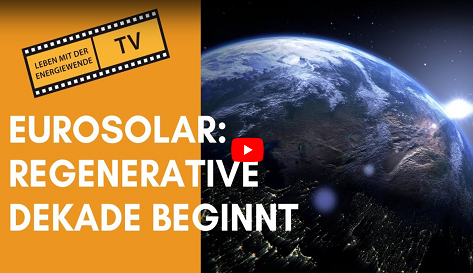 Necessary measures for climate stabilization measures require: 100 percent renewable energies are only the beginning A new era in the history of humanity has now begun, with a new phase in the fossil-fuelled transformation of the Arctic

Social justice & environmental health with renewables − not only in Catalonia 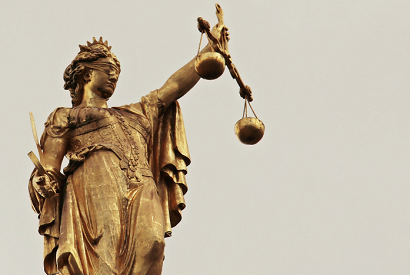 EUROSOLAR stands for comprehensive and peaceful sustainability through distributed and renewable energy. Its very mission and future visions are founded on real democracy and self-determination of local and regional cultures and identities: the evolution and liberation of the human spirit in pursuit of planetary harmony and human rights.

Speech by Dr. Franz Alt in Bonn on 22 June 2019 at the First World RenewDay with the Dalai Lama’s message on 100% renewable energy 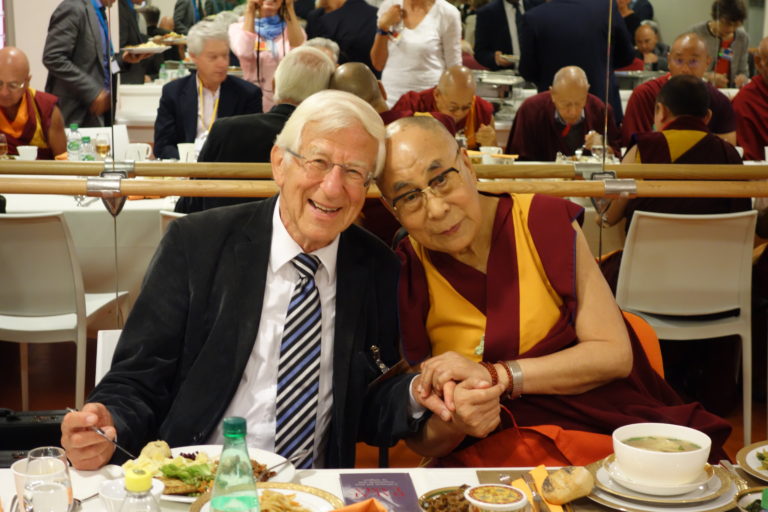 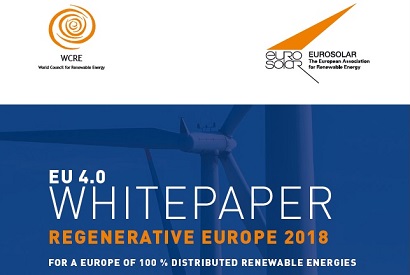 EU 4.0 – For a Europe of 100 % Distributed Renewable Energies From The idea Of The Energy Union… Climate action at the European level is unfocused, ineffective and inadequate. In response, EUROSOLAR has designed transformation measures for the energy…

New Reports, published in SOLARZEITALTER 02/2019 Global Energy Transformation: A Roadmap to 2050 (2019 Edition) As the urgency to take bold climate action grows, new analysis by the International Renewable Energy Agency (IRENA) finds that scaling-up renewable energy combined with electrification could deliver more than three quarters of the energy-related emission reductions needed to meet global climate goals. According to the latest edition of IRENA’s Global Energy Transformation: A Roadmap to 2050, launched in April at the Berlin Energy Transition Dialogue, pathways to meet 86 per cent of global power demand with renewable energy exist. Electricity would cover half of the global final energy mix. Global power supply would more than double over this period, with the bulk of it generated from renewable energy, mostly solar PV and wind.

Luxembourg toward a more favorable framework for renewable energy supplies

Article by Lidia Rahal, EUROSOLAR Lëtzebuerg a.s.b.l, published in SOLARZEITALTER 02/2019 Political and Governmental effort The launch of the working group undertaken by Jeremy RIFKIN in 2015 is one example of Luxembourg's deep motivation to achieve its objectives in the most effective way possible and to deliver on its Paris agreement  commitments. This initiative better known as the third industrial revolution strategy (T.I.R) led to the engagement of several actors through a participatory approach not only at a regional, or local scale but rather at a national level.

Article by Frank Lenzmann, Carol Olson, published in SOLARZEITALTER 02/2019 EUROSOLAR is delighted to announce the foundation of a new section in the heart of the European Union: the Netherlands. Two of the founding members, Carol Olsen and Frank Lenzmann, give us an exclusive insight in how the idea of EUROSOLAR.NL developed and why it is so important to watch the market closely and promote renewable energies in the Netherlands